In Celebration of us turning 21, we have some special beers pouring for the night. First off the “Pacific Gravity and Firestone Walker Collaboration Wiezenbock” will be there, only 1 of the 2 kegs we got, recipe from Carl Townsend, this will be the non-barrel aged version. As well we will have the november chili cook off big brew Wiezenbock’s, brewed by Dan White and fermented out by Carl, Michael Musgrave, and Terry all will be pouring as well. So you can compare the differences from the Firestone brew and then three different fermented Wiezenbock’s from one big brew done with the same receipt, but fermented out by multiple people. So do not miss this meeting!! Also if your up in Paso Robles the “Pacific Gravity Homebrew Club Wiezenbock collaboration” is on draft at the Visitor Center!!

Other offerings at this months February 18th club meeting, we will have more Educational learning stations going on at the start of the meeting 7:30pm. Michael Patterson will be back with more Sensory Off Flavor Testing: Papery and Skunky. As well I hear Greg Foster will be back with more challenges and test for us to try too.

We will also be doing the raffle, the commercial tasting hosted by Tim Jones and “The Best Beer of the Night” for your chance to win a $25 gift certificate from the Culver City Homebrew Shop. This months homebrewed beer’s to enter are Amber, California Common, Reds, Brown, Mild, and Porter. (Note: I added Reds, so bring them if you got them!) and if you have any raffle items you would like to donate to the club please bring them by the meeting or email us at the board.

SIGN-UP’S!!!!!!! We will have sign-up sheets for all our up and coming events and you will be able to pay us at the club meeting too. Cash, Check, or Card.
-First sign-up for the Smog City Monsterbrew going on March 5th. It has been filling up fast!!
-Second sign-up for a camping spot to the “Souther California Homebrew Festival” this year April 29th-30th. Also don’t forget to pay for a SoCal Homebrew association member ship and entry into the festival as well at http://www.calhomebrewers.org. We will have 6 campsites that can hold only 36 campers, we have around half the spots signed up so far.

Also do not forget to check out the latest Competition Corner News for all the upcoming entries that are due in the next week to the start of next month. So get those entries in!!!

See you all at Neil’s this Thursday, February 18th! 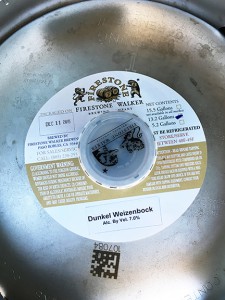