Answer:  I hope you are all planning to join us at Smog City Brewing Company’s Second Annual Monster Brew, Saturday, January 24h, 2014, from 7:30 AM to 2 PM hosted by our very own Jon Porter. We’ll be brewing up a batch of Pilsner-based wort. Where it goes from there is up to you! We’re hoping to have as many variations on the theme as possible for upcoming events such as the 20th anniversary, Southern California Homebrew Fest, club meetings and summer party.

The recipe for the wort is in the text box. About 2/3rds of the wort is German pilsner malt, based on Smog’s Little Bo Pils. A bit of Cara-Pils, Vienna malt and wheat malt round out the grain bill. Apart from that, the recipe is light-colored and minimally hopped. This gives YOU the opportunity to spice it up, using your own creativity as broadly as possible. The wort will have a starting gravity of 1.052, with 22 IBUs of bitterness and a color of about 4 SRM. A lot of different beers can be made out of this. With a bit of tweaking, you can make just about anything. Here are some ideas on what to do.

1) Pick a yeast. The wort comes unpitched, so at a minimum, you have to get some yeast for brewing day. As formulated, the wort will make an excellent Pilsner if you pitch with German Pilsner yeast such as White Labs WLP800, or Wyeast 2007. Of course, this means you need to have a lager fridge or other cooler to pull this off. But, you can also pick something like a German ale yeast and make a Kölsch or and American ale yeast and make a blonde ale. Whatever style you go for, I suggest making at least a 1 quart starter a few days before the Monster brew.

3) Dry hop it. The recipe this year has a low level of Saaz finishing hops, but not enough for the citrusy American styles. You can go American for American Pale or Amber Ale, British hops for ESB, or you can go with Continental Noble hops for something like Saison.

4) Make it stronger. Styles such as Maibock or Belgian Tripel can be made by adding some malt extract or Belgian candi sugar. Just boil up a small amount of water and extract and boil for about 10 to 15 minutes, to make sure it is sterile. Cool, and add to your fermenter.

5) Make it weaker. If you are into session beer styles such as Bitter, the gravity will be too high. You can cut the gravity by adding some water. This is a great way of increasing the yield of your brewing day, and you may need a second fermenter to hold the extra volume. For best results, the water should be sterilized by boiling ahead of time for a few minutes. Note that the dilution will drop the bitterness level too, which will fit some, but not all of the lighter styles.

The attached table has a list of some of the interesting combinations you can do. I came up with 20 variations without even breaking a sweat. You can probably come up with even more.
You’ll want to pitch your yeast as soon as you get your wort home. For most of the variations, you should plan on adjusting the wort at the same time, though you could wait a day or so. Make sure you get it going before primary fermentation is done, since the yeast will need to work on the additional materials.
So, start whipping up your recipe now. Hope to see you on the 24th. 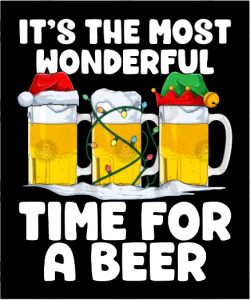